The Call - Regina Spektor
A song which I'm currently addicted to, from the chronicles of Narnia-prince caspian. (:
Anyways, I'm currently re-doing my blog as the previous post, was slighty negative? besides the words weren't well thought through.. (lol) ****? Guess i was feeling rather stressed out with my results. Sighers, Long story short. I've regretted terribly, for not studying. revising. using my time wisely. being attentive in class.. when i had the opportunity to set things straight. Maths, Science, and English results were handed out today.. Though my prediction was right on, (around the 20s) I failed to live up to my parents expectations & my own. Feeling as if i was isolated from the class, not knowing what the teacher was on about. Focusing entirely on myself, filled with dissapointment, anger, shattered, yet finding excuses to cheer myself up. Though the more i tried, more tears came rolling down, & the harder i tried holding my emotions back. Honestly, I would rather be anywhere else than in class as I've heard news about friends just walking out the classroom. How tempted I was to do so, yet still keeping to myself.. silent tears cascading within me.. holding back as much as i could before bursting into tears. Then again, why cry over exams? It's not like it's the end of the world.. But it was.. infact, the end of the world. Examination results placed right infront of me was living proof that I learnt nothing over the past months, as if i did I wouldve atleast PASSED. what the heck have i been doing FUCK!
How's my mum gonna look at me now?bad enough as a irresponsible daughter, now failing/irresponsible/unrealiable daughter, who can't be bothered caring for her own future?
I fail to be responsible for once in my life.. why should I be respected anyhow?
FUckk.. fuckkkKkkkk.. i hate myself. SO effing much, there's no words describable!!?!!
my mind keeps telling me, to think positive.. like i always do. "there's always next term (:"BUT IF I CONTINUOSLY BEHAVE IN SUCH WAY.. THERES NO WAY AM I GONNA SUCCEED IN THIS FUCKED UP WORLD.
that's all I've got for now. 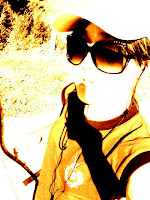 [randomly came across this sentence in google site]

Okay, since I'm done with the lowlights of my day, I think it's only fair mentioning the highlights ;) Had formal dancing lesson this morning, collaboration of both classes.. trying out the jive and cha-cha dance. Towards the end of our lesson, Ms. dance teacher insisted both classes to have a dance competition.. (: With me && Darren as partners, we're unstoppable! unbeatable! unseparable! :O (: made it to the top 8 couples, top 4 after.. then.. 1st runner up ):

brings back the memories. 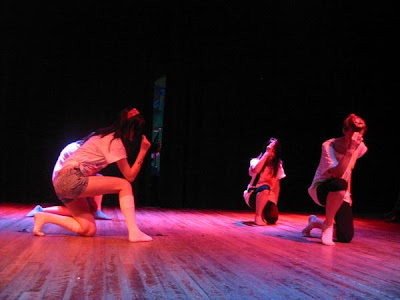 sherrie_heartz's try hard dance vids (: Yep I did some dancing back in the days (lol, last year) choreographing with no profesional training.. Still had a blast whilst making fools outta ourselves. (:
Posted by Sherry Ng at 4:58 PM
Labels: Struggles