Before i begin blogging, here's a video i would LOVE to share with you's.
This video was shown in class during Homegroup, though it's just a play acted by a couple of drama students But the massege conveyed was incredibly, awesomely, awingly, utterly moving.
As i mentioned in my previous blogpost, Wendy and I had a conversation on guys.. From her perspective, she thinks its harder to get a "hot" guy with nice personality. Plus, studying in PLC girls college, has absolute no exposure to guys whatsoever. In other words, You've got to hold on tight when you think you've got the right* guy. Unfortunately, my opinion differs from hers.. Everyone is shaped by the environment they live in. Whether its within a gang, cellgroup, private & government schools, christian schools, girl schools.. stereotypically, everyone does act how they act., speak how they speak..GUYS on the other hand, proved this true.. If you've "fallen" for a guy,and sees him only on the surface, goodlooking& nice,his mates would clearly reflect on his personality&characteristics. Where does he normally hangs out? Why? Who? this would vaguely answer your questions ( :
Went to EPIC youth last night, had guest speaker Erwin Mcmanus, whom started off with a question, Why are you doing what your doing? pretty tricky ey? not at all. Sharing not only his life experience working in multiple jobs, not knowing "why is he doing what he's doing?" Life for him was pretty mch following the flow for survival, until he met God, life started to make sense..
Underneath what people couldn't see
is what God sees.
I find that extremely true, If God's an artist, we are the work of art. Why so? God intended us to be good, but evil came into this world. Though we often get distracted by enjoyment, entertainment,temptation, temporary happiness.. This would be nothing compared to the joy that God has designed for us. Created to be more, but less than what your obligated to do.. God does not expect you to succeed in life, but merely to be yourself, be an individual. As he knows that he's created you for goodworks, and to glorify.
p.s I'm overwhelmed with the information i've been told, that Malaysia's increasing dramactically in their youth minitries, and seeing people get saved before their very eyes.. 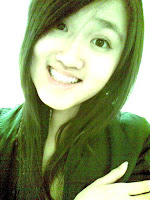