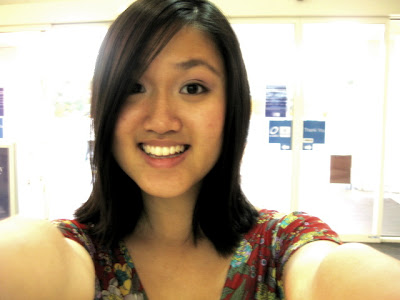 Holiday's been a blast!

I guess I’ve had my fun within the past couple of weeks, op shopping, catch up with mates, spending time with family, they’ve all been truly awesome (: However once again, it’s time to head back to the books, school, and a scheduled life.
I guess, scheduled life isn’t so bad after all, wake up, school, study, internet, sleep.
Easy as pie.

A term’s gone by, and another term is just beginning.
Let’s see where I’m at with 2009 New Year’s Resolution, and where I'm heading towards… 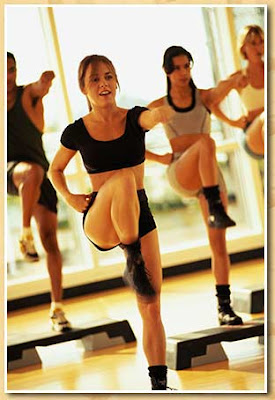 First on the list is none other than, exercising regularly?
Hmm.. Been way off track lately I have to agree. Hm, I can’t seem to recall the last time having a healthy meal either. (Oh Crap!) 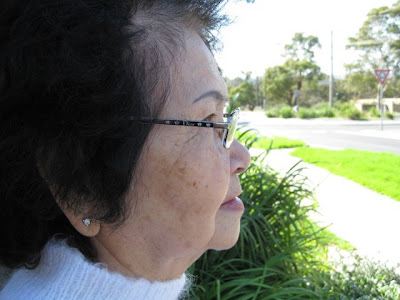 Third on the list is making an impact. Does purchasing form Salvos considered as one?
Technically, all the money from Salvos goes to the people in need. And I’ve bought whole lots of stuff from Salvos from Wheelers Hill, Glen Waverley, and Knox to Mount Waverley. And all of the money goes to…? People in need. It’s a win win situation I must say. ;) 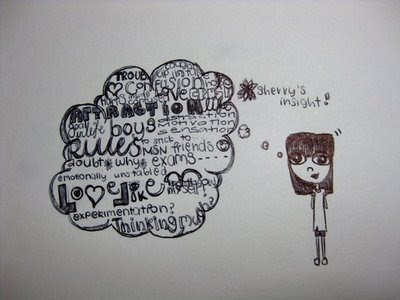 Moving on to… Artworks.
I’ve started with an idea! And have been working on it.. No need to worry about me when it comes to Art. :) 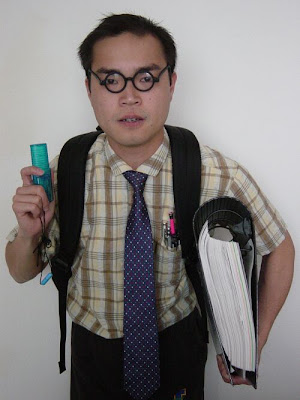 (Study. Revise. Get onto work, Nerd)
The following resolution puts me to shame, unsurprisingly. I need to work on this, and fast. 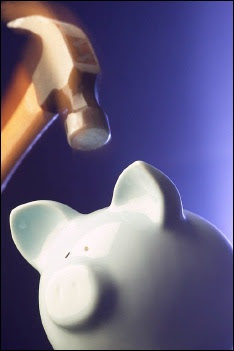 The next resolution puts me to shame, too. Money I’ve received from my birthday last month. I’ve spent it all. Holy-moly……