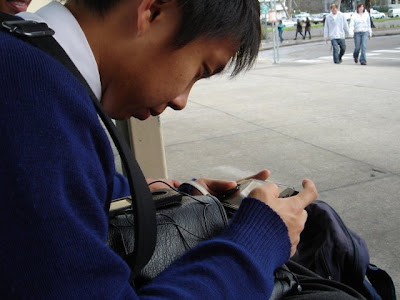 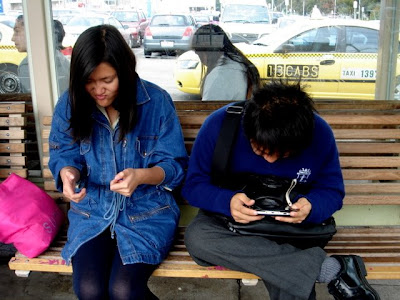 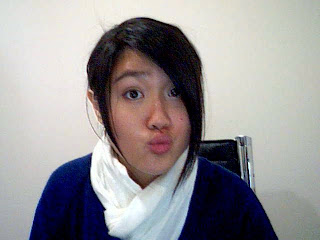 Lately, I've been trying out this new thing...

To see the positive side of people.

With the late night sleeps from exams, everything or would I say... Everyone's been getting on my nerves. From a passer-by, to some school's random, and then a friend. I've been focusing on just one aspect of people, the side which I choose to see. Immediately catergorizing them to, jerk, stuck-up, kiss-up, eventually distancing myself from people I once thought were my friends. Well, being judgemental obviously didnt make me feel better about myself nor did it benefit me in any other way. Despite the fact that, I'm no better than any of these people.. I've subconcsciously planted in a whole lot of negativity and judgemental views upon myself.

"it's better to gain a friend, then to make an enemy"

Even if you do not like that person? You'd rather pretend to be nice rather than telling them upfront that how much you dislike them?

Isn't that just plain fake? Unfortunately our world revolves around this mentality. But there is some truths to that statement, We can be nice and not fake to those we dislike, by changing our views of them. Which I'm now beginning to understand...

"When the going gets tough, I go running"

I hate to admit the fact that I'd rather hide in my room, than to help my mum out with the dishes just so that I won't have to take a look at her. My mum and I have had countless of disagreements throughout the years, but lately... we've been giving each other the "silent treatment". (A whole new level of argument, not arguing at all)

And the cause of all this? simple.

She says hurtful things, I turn away, She thinks I'm not listening, Yells even louder, I am then completely zoned out.

This is the cycle of my mum's relationship and I.

Good to see that there are improvements.... :D

Sherry, if it makes you feel any better;

Whenever I feel like that, I always think of Hanley, and how my life is somehow always a step better than his =)

On the serious side, I also do know a couple of people I can't get along with / find annoying. Just program your mind to think about good about them, even if it just comes down to "They are good at being annoying."

Which reminds me, I want more Zhong from his mother.

better lives do not mean that they are better people.... :D

sherry..
it's impossible to force yourself
to like some people, i think we are naturally judgemental?
dont know if this helps, but my mum's always saying 'human-love is
temporary and weak and that we should ask God for love (source of perfect love) to help us understand people we don't like.'
this might not be practical, but have you tried telling your mum how you feel? or trying to find out why she is saying the hurtful things? also, (big generalisation) asian parents aren't good at compliments, great at criticism.

You should try standing in mummys shoes..

Rosa thanks for the advice. (: I'll see you at school tomorrow love.
Ling- I have.